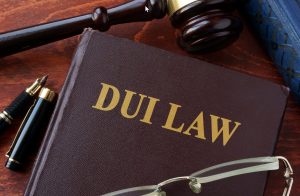 Colorado DUI – Sleeping In Your Car

There is a key case decided by the Colorado Supreme Court which reaffirmed a rule of law – specific to Colorado and a few other states. The case, Tate v People, held that the police to charge a citizen with a DUI for sleeping in a parked car in a private parking lot.

Here are the facts of Tate v. People:

In Arapahoe County Court – a trial judge ruled in favor of the defendant Tate and suppressed all of the evidence in a DUI case based on the illegal actions of the investigating police officer.

The judge in the Tate case found that Tate was “stopped” without reasonable articulable suspicion the moment the police patrol car pulled in behind the defendant closing him in.

The police he hemmed in Tate’s  car making it impossible for the defendant to leave…. Tate  was not driving – to the contrary, he was doing the right thing, he had removed himself from endangering the public by pulling off the road and was asleep in the vehicle and was unaware of the officer’s presence at the time.

Since the defendant was not aware he was illegally “seized” in violation of the Fourth Amendment – he wasn’t seized.  Later, notably when the defendant finally realized he was seized (he was by that time conscious) the officer found reasonable suspicion to “justify” the officer’s actions – to justify his stop. The Court of Appeals held that Tate’s seizure was legal since the police had developed reasonable suspicion before Tate woke up.

When an intoxicated person has taken appropriate action by removing himself as a danger on th roads of Colorado – the law should show that person the compassion we offer to those who are responsible in our society.

When the defendant was discovered asleep in a parked car – motor running, in the middle of the night… without reasonable suspicion for the contact… the trial judge was correct in suppressing all evidence and statements acquired by the police on a number of grounds… including the primary reason – which is – the initial detention was in violation of the Fourth Amendment.

The trial court’s findings of fact and conclusions of law included that the defendant’s vehicle was contacted at four-thirty-five in the morning, with the driver’s window down and engine running and was parked with cars in front and on either side of it.

The officer then pulled up behind the vehicle, effectively blocking it in, and as he approached, saw the defendant sleeping in the driver’s seat. The defendant was in such a deep sleep that it took several attempts of knocking on the window for the officer to waken the defendant.

When Is A Person Seized?

A person is seized by the police within the contemplation of the Fourth Amendment when an officer, by means of physical force or show of authority, terminates or restrains his freedom of movement through means intentionally applied.

The new rule is this: awareness is required before there can be an illegal “seizure” under the Fourth Amendment. A person who is unconscious clearly cannot perceive that there has been an illegal seizure.

Such a decision which rationalizes the illegal and unconstitutional conduct of the police – turns the Fourth Amendment “on its head.