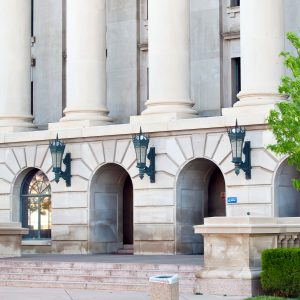 The Right To Present Defense At A Criminal Trial

The rules of evidence have the potential to be used by the District Attorney in your criminal case to keep out your defense from the jurors deciding your case.

A Trial Judge has the authority to use those rules of evidence to make a finding that the evidence you are offering must be excluded as “prejudicial” based on the finding that it could be seen as confusing to the jurors or it may mislead them under Colorado Rule of Evidence (CRE) Rule 403.

Judges inherently have the discretion to assess the probative value of evidence offered by a criminal defendant and then they have the right to exclude even what is “logically relevant evidence” if the Judge finds that, on balance, the evidence would be wasteful of time, confusing, or misleading as opposed to being helpful to a jury.

The Right To “Due Process” Of Law

The right to present a “complete” defense is the kind of impact that is of “constitutional magnitude.” A criminal defendant has a clear right to call witnesses in his defense, and if a Trial Judge impairs that right – that abridgment is of the most serious of all the rights falling under the rubric of “due process.”

That fundamental right – the right to defend yourself in trial – is rooted directly in the due process clause of the Fourteenth Amendment, and also in the compulsory process and confrontation clauses of the Sixth Amendment. The very foundation of the Constitution guarantees criminal defendant a meaningful opportunity to present a defense.

What tools then, does the Constitution provide to defend against criminal charges?

Attacking The Government’s Case – The Right Of Cross-Examination

A criminal defense lawyer’s right to use the tool of cross-examination is the most basic right of all of the tools given to the Defense in a criminal trial. However, the right to meaningfully target the prosecution’s case can be restricted by a Trial Judge. As further explained below, Trial Judges have wide latitude, even under the constraints of the Constitution, to exclude evidence using the Colorado Rules of Evidence (the “CRE”).

But there are limits on those limits.

For example, where the credibility of a single witness is so central to the evidence used to prosecute a case, the exclusion of a Defense lawyer’s attack on that evidence by the Trial Judge may place controls on even the broad discretion given to Trial Judges. Depriving a Defendant of a meaningful challenge to a key witnesses’ credibility may be a bridge too far in the Trial Judges’ seemingly limitless power to conduct a criminal trial.

The law is clear.  A Defendant in a criminal case must have the opportunity to thoroughly expose a key witness’s possible motive or bias; that witness’s prior inconsistent statements if any; to test that witnesses ability to perceive or recollect the key events, and to test the extent to which the witness’s statements are contradicted or disputed by other witnesses or evidence in the case.

Confrontation is the check and balance that ensures fairness in the adversary system of justice, and cross-examination is the essential means by which opponents test evidence proffered against them.

The Minimal Essentials Of A Fair Trial

Not only must the Defense have the right to thoroughly cross-examine a key witness,  the Defense must have a meaningful opportunity to also offer testimony, a right that is which is fundamental to the “minimum essentials of a fair trial.” The right to present “all relevant and admissible evidence” at trial is at the very core of the right to a fair trial.

“The rights to present a defense and to a fair trial are violated when the court excludes relevant and competent evidence offered by the accused in defense of a criminal charge.”

“The exclusion of criminal defense evidence undermines the central truth-seeking aim of our criminal justice system … because it deliberately distorts the record at the risk of misleading the jury into convicting an innocent person.”

What Kind Of Evidence Can Be Excluded?

Some Important Definitions In The Colorado CRE

Relevant evidence is evidence “having any tendency to make the existence of any fact that is of consequence to the determination of the action more probable or less probable than it would be without the evidence.” CRE 401.

“The test of relevancy is whether it renders the claimed inference more probable than it would be without the evidence. It does not matter that other inferences may be equally probable; it is for the jury to determine what motivated the behavior.”

Under Colorado Law, the CRE strongly favors the admission of proffered evidence when it is material and satisfies the probability standard of CRE 401. Therefore, all relevant evidence is admissible. CRE 402.

Even if the evidence is logically relevant, a Trial Judge can exercise the Court’s discretion and exclude that relevant evidence based on an exclusion for various policy reasons.

Thus, even if the evidence is logically relevant under CRE 401, it may be excluded if its probative value is substantially outweighed by the danger of unfair prejudice, confusion of the issues, or misleading the jury, or by considerations of undue delay, waste of time, or needless presentation of cumulative evidence. CRE 403

In criminal cases, a Trial Judges “relevance decisions” have a particularly special importance as criminal defendants are entitled to all reasonable opportunities to present evidence that might tend to create a doubt as to the guilt or innocence of that Defendant.

Example – Attacking The Adequacy Of The State’s Investigation Defense

Attacking law enforcement’s investigation is a common arrow in the Defense Lawyer’s quiver.

Holes and inadequacies in the State’s investigation of the case, a lack of thoroughness in evaluating the reliability of the evidence, the failure to pursue all potential leads, or a bias in the investigation, such as confirmation bias (only following the facts that support the charges), is often critical to the defense case.

Reasonable doubt may be raised in the minds of the jury where an investigation was so careless, incomplete, or so focused on the Defendant that law enforcement simply ignored other leads.

The question then is whether a Judge can limit the right of the Defense to expose the failures of a police investigation. This issue is at the core of the right to very basic right to present a defense.

When a police investigation is unfair and skewed in favor of the prosecution a jury must decide whether to believe the evidence obtained as a result of that investigation. It is up to the Defense to demonstrate the limitations of the State’s case and the evidence that was NOT pursued.

Presenting a defense – defending a person accused of a crime sometimes means utilizing every arrow in the criminal defense lawyer’s quiver of arrows – and when a Colorado a Trial Judge’s exercises his or her broad discretion to limit the Defendant’s presentation of their theory of the case at trial – it is incumbent on that criminal defense lawyer to get that defense to the jury in the interests of a fair and just trial.