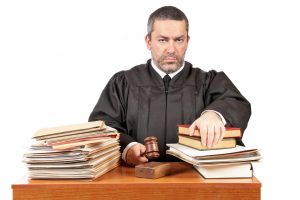 The two basic types of probation violations are technical violations and violations based upon the commission of new crimes. Judges who sentence Defendants in the latter type of cases often express disappointment that reflects their regret that by granting probation they “took a chance” on the Defendant and that risk was a mistake.

When that Defendant lands back in that Judge’s courtroom having committed a new crime while on probation it is not unusual to hear, sometimes in strong terms, that the trust the Judge placed in the Defendant has been violated.

The fact that a Judge expresses regret at the original sentence and hands down a much heavier sentence for the probation violation, does not necessarily mean there is a bias or deep seated antagonism towards the Defendant.

The standard for judicial bias in sentencing is a very high bar for a Defendant to meet in challenging the severity of a Judge’s sentence for violating probation.

A Defendant has the right to allege that a sentencing Judge is biased thus depriving them of the constitutional right to have an impartial judge determine the sentence. If a Judge then refuses to recuse themselves from the case and that challenge is sustained on appeal, a reversal of the sentence is required.

If a Defendant believes their Judge has an actual bias, a Motion to Disqualify the Judge is required or the issue is not preserved on appeal. If the Judge asked to “recuse” himself from a case then refuses to withdraw from that case, a Defendant has perfected the issue and may then appeal the sentence.

What Is Actual Bias Or Prejudice?

Essentially, at the most basic level, prejudice means leaning toward one side of a question involved, from other considerations than those belonging to it, or it may be a bias that interferes with fairness in judgment.

A Defendant must establish “actual bias” to require disqualification of the imposition of a sentence by a Colorado Judge.  A Judge may actually express a very strong statement that they “regretted” the risk taken in an original sentence when imposing a new sentence for a probation violation based on the commission of a new crime, does not alone establish that the Judge was unable to sentence that Defendant fairly.

A Judge who has gained knowledge about a Defendant as a result of an earlier case is not, by definition,  “biased” against that same Defendant in the second sentencing hearing. Having a familiarity with a certain Defendant is not the kind of matter that results in disqualification but it may seem so the person being resentenced.

It is not unusual for a Judge to express strong opinions derived from that Judge’s participation in the prior proceedings involving the same  Defendant. Using strong language to describe the Judge’s anger at the resentencing, again, is insufficient in themselves to demonstrate a disqualifying bias or prejudice.

Trying To Disqualify A Judge For Bias – Very Difficult

In an attempt to disqualify a Judge for bias or prejudice, the motion and supporting affidavits must pierce a very high bar to establish a strong and persuasive case. As noted, while many believe an emotional or angry judge meets that bar (to disqualify a Judge) nothing could be further from the truth.

The argument that a Judge, based on a former experience with a Defendant, has a ‘predisposition’ that would prevent a trial judge from being fair after that Defendant has been convicted of committing a new crime that perception is simply, not enough.

For example, a Defendant may believe that a Judge who presides over a trial may, after hearing the evidence in the case, may be extremely ill-disposed towards that Defendant after the Judge hears great detail about a Defendant’s deplorable and criminal acts.

That Judge is not recusable for bias or prejudice as a result of learning about the Defendant’s acts.

One Judge puts it this way, “Impartiality is not gullibility. Disinterestedness does not mean child-like innocence.”

An appellate court had this to say:

“[O]pinions formed by the judge on the basis of facts introduced or events occurring in the course of the current proceedings, or of prior proceedings, do not constitute a basis for a bias or partiality motion unless they display a deep-seated favoritism or antagonism that would make fair judgment impossible.”

Random statements by a Judge alone rarely establish the kind of favoritism or antagonism that would make fair judgment by that judgment impossible.

Establishing bias or partiality based on expressions of impatience, annoyance, and, in extreme situations, anger, are well within the bounds of what imperfect people often display….even Judges.

The task of establishing the kind of deep-seated and unequivocal antagonism that is at the very crux of bias and prejudice is very very difficult.

In the words of the Urban Dictionary When you come at the king, you best not miss.