The Colorado Bail Bond System – Unfair, Unjust, Shameful – Punish First Then The Right To Trial – A Tool To Fight Back – Colorado’s Bail Bond System is broken. The purpose of bail is solely to insure the appearance of the Defendant in court. The reality is the wealthy “get out” and the not so fortunate – paycheck to paycheck families – often lose everything.

The meaning of a “presumption of innocence” is ironic to these individuals and their families. The system was never intended to keep in custody those who do not have the ability to post bond. In it’s simplest terms – the definition of bail is the total amount of money required to be released from jail while awaiting trial. If you have the amount of bail set by the judge, or have the ability to retain the services of a bailbondsperson – you gain your freedom while fighting the charges.

END_OF_DOCUMENT_TOKEN_TO_BE_REPLACED

A New Colorado Law – enacted and signed by the governor on May 11, 2013 – totally revamps Colorado’s approach to bail and bonding issues.

The new Colorado law is a complete change in approach to the setting of bond in the courts of our state.

END_OF_DOCUMENT_TOKEN_TO_BE_REPLACED 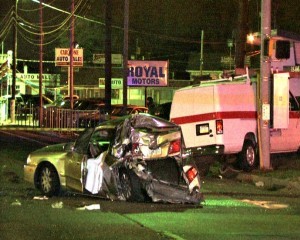