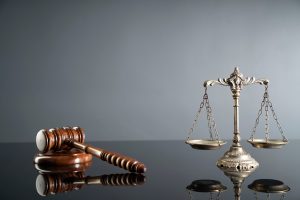 Dispatch and Initial Response To A Report Of Domestic Violence

When a domestic violence call comes in over a Colorado police department dispatch the dispatcher sends out the call and usually at least two officers or deputies are dispatched.

The dispatcher then briefs the responding officers as to the critical details of the report if such facts are available. Many times these facts are wrong and their dispatch has a very dangerous impact on the investigation.

Of major importance to the responding officers is whether there are any weapons present or whether an order of protection applies to the address or the people present.

The responding officers probably will not park directly in front of the residence. They will approach and their body-worn cameras are on as they make their approach.

The Mind Set Of The Responding Officers In Domestic Violence Cases

The police offices dispatched should, as they conduct their investigation, remain neutral in determining who is the alleged victim and who the alleged perpetrator. This is difficult and often prejudice and stereotypes fill in the gaps of information and confirmation biases may remove objectively.

During the investigation phase, the police are noting the party’s mental, emotional, and physical conditions and regardless of who may appear to be at fault, they need to be as thorough as possible.

The police will usually take the following steps in their investigation:

Entry Into The Home

• If the police are refused entry into the home, (the police will always attempt to gain entry through verbal means), they will not go away. If access is refused, if there are exigent or emergency circumstances warrant, the police will force entry for the purpose of ensuring the welfare of the occupants inside.

• Upon entry, the police will immediately assess injuries if any, administer first aid, and notify emergency medical services if necessary. The police will try to identify “a victim” and isolate that person as appropriate. Again, the police are trained to remain neutral and their primary concern should be with maintaining the peace and safety of those present.

• If the alleged suspect is still on scene, the police will restrain that suspect (if necessary) and even remove the suspect to a patrol car if they determine that an immediate detention or arrest is warranted and necessary.

Suspect Flees Or Is No Longer On Scene

• If the suspect flees the scene and the police investigation finds evidence that a domestic violence crime occurred, the police will make an attempt to locate, interview, and arrest that suspect as soon as possible.

• The police will advise a victim of her/his constitutional rights and will specifically explain next steps to include the date of the suspect’s initial court appearance and restraining orders that are applicable.

• The police or the victim advocate assigned to the case (if there is one) will assist victims by informing them of victims’ services personnel (if available) including safety planning issues.

• The police should conduct thorough interviews and obtain written statements as soon as possible. If equipped, the police body-worn cameras (including sound) should be turned on to record those statements (capturing every detail of the interviews).

• The police are trained to obtain assessments of the domestic violence allegations by utilizing lethality/danger assessment questions for the alleged victims of intimate partner violence to determine the suspected level of danger (f any). The police are trained to appropriately use objective interviewing techniques to ask about any previous incidents, including the frequency of those incidents and the severity of those incidents.

• The police should collect and preserve all physical evidence necessary to fully flush out the facts. This evidence collection should focus on fairness and objectivity including evidence that supports prosecution and also evidence that is exculpatory – that is – evidence that substantiates the innocence or the suspect and that contradicts the victim’s explanation of the facts of the case.

• The recording of the crime scene thoroughly means audiovisual recordings and the taking of comprehensive photos of all visible injuries on any party at the scene as well as the crime scene itself.

• The police will also attempt to seize any electronic evidence such as voicemails and text messages, emails, social media posts if they exist. This investigation may take place at a later time by follow up work done by the assigned Detectives or the original officers continuing to “work” the case.

• 911 and all telephonic calls, if they exist, will be seized and impounded as evidence. Photograph newly visible and progressing injuries.

• The police will also usually arrange to do a follow to determine injury progression. (Photographs can make a huge difference to the defense. Photos tell the real story of the facts and correct for the alleged victim or police descriptions that exaggerate the seriousness of an alleged assault. Fresh bruises: red-blue1-3 days: deep black or purple3-6 days: green to brown 6-15 days: green to tan to faded.)

The Impact Of The Domestic Violence Police Report

The impact of the final written report on the prosecution of the case cannot be understated. While Colorado prosecutors MAY follow up and re-interview the alleged victim, or some of the other witnesses, or ask the DA’s investigator to do some additional work, this is rare as the prosecutor most often relies solely on the original investigation

If the responding offices did not interview a key witness such as a neighbor looking through a nearby window or did not ask relevant questions about contradictory evidence either collected and ignored or not collected at all, the prosecutor may not gain actionable knowledge that is essential to the critical decision making that follows the reading of the police reports.

In these days of limited resources and crowded dockets jammed with criminal cases here in Colorado, prosecutors will almost never re-investigate crimes because they do not have the time. The decision of whether to file criminal charges or to prosecute charges filed at the misdemeanor level by the police relies on the police report of the officers who originally investigated the crime.

Police reports are generally not admissible into evidence in a trial because they are hearsay. They are intended to independently memorialize evidence that prosecutors and defense lawyers utilize during criminal proceedings.

The police report serves as a “data warehouse” for the litigants. The report serves as the basic outline of how the lawyers organize and conduct the criminal case at trial. The report lists information for witnesses and then summarizes the testimony they are likely to provide in the court.

The report also describes the evidence that was booked for trial as well as the evidence which was not seized after being photographed. In addition to recorded statements made in response to police questioning, the police report will include any spontaneous statements made by each party.
The Charging Decision

After reviewing the evidence, the District Attorney – prosecutor has one of four options.

1. File charges and proceeds with a criminal case.
2. Hold off on charging the case and request additional investigation.
3. Offer Diversion to the Defendant (and not file charges).
4. Reject the case altogether.

Please call our law firm if you have questions about the investigation of Colorado Domestic Violence cases.

H. Michael Steinberg has been a Colorado criminal law specialist attorney for over 38 years (as of 2020). For the first 13 years of his career, he was an Arapahoe – Douglas County District Attorney Senior prosecutor. In 1999 he formed his own law firm for the defense of Colorado criminal cases.

In addition to handling tens of thousands of cases in the trial courts of Colorado, he has written hundreds of articles regarding the practice of Colorado criminal law and frequently provides legal analysis on radio and television, appearing on the Fox News Channel, CNN and various national and local newspapers including the New York Times and national and local radio stations.