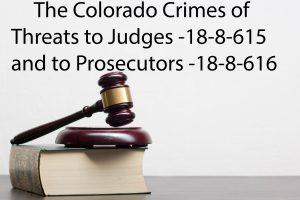 There is a complex world of laws that create a somewhat hard to define line between the exercise of a person’s right to free speech in criticizing and making a credible threat made to that judge or prosecutor.

On one side of the line is a First Amendment-protected angry remark about how the judge or prosecutor handled a specific case. On the other side of the line lies serious Colorado felonies that punish so-called “unprotected speech.”

Knowing where the line is and when that line could be crossed, is the motivation behind this article.

Colorado criminal laws cover many kinds of what is commonly referred to as Offenses Involving Governmental Operations. This section of laws can be found in Title 18, Article 8, Section 6 of the Colorado Revised Statutes.

The laws are many, but the laws most relevant to this article are:

The Role of Judges – Difficult, Dangerous, and Challenging

It is simple, the Colorado courts help resolve disputes.  In resolving the cases in the courtrooms of Colorado, involving often emotionally charged controversies … there are unhappy litigants.

Whether the case is a criminal case – that may impact a person’s freedom and livelihood, … or a civil case – where the results may impact property or money damages, each side wants to win, to sustain their claim, and to have their rights vindicated.

It has been my experience that those who stand before the courts of Colorado ultimately and respectfully accept the decision of the judges and juries that resolve their cases, however adverse to the litigants interests those decisions may be.

On very rare occasions an individuals’ views so clash with the court’s decision or a prosecutor’s position that various forms of outrage are manifested… sometimes the reactions can include threats of violence or actual violence.

These angry individuals feel they have been denied justice and may seek another form of vindication.  Actions taken in this frame of mind, motivated by a kind of vengeance based mindset, may cross the line – a line, again, these laws are designed to prevent and, if necessary, to punish.

That anger for some form of revenge can be directed at the officials who personify the judicial process, the judges, prosecutors, clerks, and others who work within the system.

Crimes are broken down into “elements,” which the state must prove beyond a reasonable doubt. With very few exceptions, every crime has at least three elements:

The crimes examined in this article are best understood when they are broken down into their respective elements, as follows:

The elements of the crime of retaliation against a judge are:

1. That the defendant,
2. in the State of Colorado, at or about the date and place charged,

3. made a credible threat directly to a judge, or to another person if the defendant intended that the communication would be relayed to the judge,

● or to a person whom the defendant knew was required by statute or ethical rule to report the communication to the judge;

● or committed an act constituting the crime of harassment, or an act of harm or injury upon a person or property, which action was directed against or committed upon the judge, a member of the judge’s family, a person in close relationship to the judge, or a person residing in the same household with the judge,

4. as retaliation or retribution against a judge who was serving in a legal matter assigned to the judge that involved the defendant or a person on whose behalf the defendant was acting.

“Credible threat” means a threat, physical action, or repeated conduct that would cause a reasonable person to be in fear for the person’s safety or the safety of his [her] immediate family or of someone with whom the person has or has had a continuing relationship. The threat need not be directly expressed if the totality of the conduct would cause a reasonable person such fear.

The following language was recently added to the definition of Judge: a current or previous state justice or judge whom the chief justice of Colorado assigns to perform judicial duties.

The elements of the crime of retaliation against a prosecutor (credible threat) are:

1. That the defendant,
2. in the State of Colorado, at or about the date and place charged,
3. knowingly,
4. as retaliation or retribution against a prosecutor,
5. made a credible threat,

7. the threat was directed against:

The elements of the crime of retaliation against a prosecutor (act of harm or injury) are:

Both felonies are class four felonies under Colorado law:

The Reasonable Person’s Perception of a Credible Threat

For the “credible threat” forms of these retaliation based crimes, the threat must be one “that would cause a reasonable person to be in fear for the person’s safety.” which is very similar to the definition set forth in stalking statute, (18–3–602(2)(b)).

Furthermore, the Judge or prosecutor threatened must be aware of the threat. The standard of the fear that is at issue is called the reasonable person standard.

A reasonable person is placed in fear for his or her safety only when that person becomes aware of the threat.

There are three ways in which a “credible threat” – each threat requires:

That the judge or prosecutor is aware of the threat:

The individual may make the threat directly to the judge or prosecutor.

The threat may be made to another person, providing the individual making the threat intended that the communication would be relayed to the judge or prosecutor.

Threats Must be Made Knowingly – with a Purposeful Awareness

A “credible threat,” if made directly to the judge or prosecutor, must be made “knowingly” – that means that the person making the threat must know that the person to whom the communication is made is actually a judge or a prosecutor.

If a threat or other such communication is made without knowledge that the person spoken to is a judge or prosecutor, it is not made “knowingly” and there is a failure of proof.

Threats Made to a Third Party

When a credible threat is made to another person who is not under any duty to report it to a judge, the law is violated only if the speaker “intends” for that other person to relay it to a judge.

Without proof of such specific intent, a threat made to such other person does not violate the statute.

Threats Made to Colorado Mandatory Reporters

The communication may sometimes be made to another person who is then required … to report the communication to the judge or prosecutor. The accused must know of the third person’s mandatory reporting duty to be subject to these criminal laws.

No Requirement that the Threat Be Carried Out – Completed

For example, if a credible threat letter is created by a defendant and sent to a third party.

The burden of persuasion here, because the threat is clearly indirect, is a little more difficult.  The specificity of the threat in this circumstance, in my opinion, is critically important and takes on greater significance than when the threat is made directly to the judge or prosecutor.

Demonstrating that the alleged threat was never intended as a threat at all but was only an angry outburst, is the most effective defense in these cases. Demonstrating that the accused was never serious about the threat and was just “letting off steam,” if believed by a jury, should demonstrate to the jury that there is insufficient evidence of the necessary mental state to prove the accused guilty of the charges and would therefore be a failure of proof.

In Denver, a man created a YouTube video threatening a Denver Judge. The YouTube video was, according to the defendant, in response to a 30-day jail sentence issued to a member of Occupy Denver, an anti-government activist group for contempt of court.

In the past, this same defendant had made more general threats asking people to “shoot random judges.”  This time he called a specific judge’s office saying he thought the judge should be murdered in front of his children.

Specifically, he called the judge’s chambers to “offer his thoughts and prayers” for the judge and then adding:

“It is my thought that (the judge) should be violently murdered, and have his brains splattered all over the faces of his children, and it’s my prayer that some mother f***** actually does it,”

“the judge ‘looked best hanging from a tree.’”

The judge is African – American.

A local First Amendment expert, attorney Steve Zansberg said this about the case:

“The jury, in this case, will have to determine if his speech, the combination of statements… he made, and whether or not they constitute a true threat, which is not protected by the first amendment.”

In another 2020 case, a Colorado man was charged with threatening a judge in Utah. It should come as no surprise that Utah has a statute analogous to Colorado’s 18-8-615.

“it would be best” if the judge didn’t issue a warrant for his arrest “for his health and safety.

In the message, he demands that the charges be dropped and that since the judge had:

His threat then escalates to:

“if they want to wage war with me I’m ready for war,” – “[t]hey come after me, threaten me, take my money … that’s punishable by death,”

He finally ended the message by stating that everyone involved with his arrest and prosecution “was going to be all over the news.”

The dangers of expressing an opinion about a judge or a prosecutor in a criminal or civil case are clear.  This article was intended for a person to better define the line that should never be crossed. 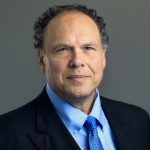