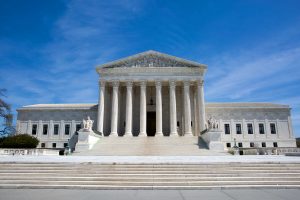 The Sixth Amendment Protects The Right To A Speedy Trial

In all criminal prosecutions, the accused shall enjoy the right to a speedy and public trial, by an impartial jury of the State and district wherein the crime shall have been committed, which district shall have been previously ascertained by law, and to be informed of the nature and cause of the accusation; to be confronted with the witnesses against him; to have compulsory process for obtaining witnesses in his favor, and to have the Assistance of Counsel for his defence.

Colorado has codified this right to a Speedy Trial in the following statute:

…….if a defendant is not brought to trial on the issues raised by the complaint, information, or indictment within six months from the date of the entry of a plea of not guilty,…. the pending charges shall be dismissed, and the defendant shall not again be indicted, informed against, or committed for the same offense, or for another offense based upon the same act or series of acts arising out of the same criminal episode.

If a case is not brought to trial within 6 months from the date of a not guilty plea, that case must be dismissed. But there are several exceptions to the rule. The 0ne addressed in this article – is the situation where the State asks for a continuance because they are not ready for trial because they are missing a crucial witness or evidence.

The Trial Judge And The District Attorney, and not the Defendant, have the burden of compliance with the speedy trial statute. If a Trial Judge grants a continuance over the Defendant’s objection, for example to seel more time for a so-called “essential witnesses” or maybe the temporary unavailability of key and critical evidence, the District Attorney must prove to the satisfaction of the Judge that he or she exercised due diligence to obtain such evidence and that there are reasonable grounds to believe that this evidence will be available at the later date.

The Due Diligence Standard  And The Reasonable Grounds Standard

To repeat, any and all charges against a Defendant must be dismissed if a Defendant is not brought to trial within six months from the date of the entry of a not guilty plea. § 18-1-405(1), C.R.S. 2013.

But, certain “delays” may be excluded from that period as a result of a continuance granted by a Judge if, for example:

The continuance is granted because of the unavailability of evidence material to the state’s case, when the prosecuting attorney has exercised due diligence to obtain such evidence and there are reasonable grounds to believe that this evidence will be available at the later date.
§ 18-1-405(6)(g)(I).

To come within this exception, the State must establish that the elements of the exception have been met. If they meet the proper standard and the Trial Judge grants the continuance that Judge’s decision is almost never reversed on appeal. This is known as the “abuse of discretion” standard and sets a very high bar to reverse that Judge’s decision if the matter is later appealed.

Your criminal defense lawyer should fight hard to attack each of these grounds individually to stop the State from obtaining a continuance of your trial and to aggressively protect your right to a speedy trial in Colorado. This last link will take you to the actual law at issue in this article and lists all of the other exceptions that may lead to a continuance of your criminal trial. HMS