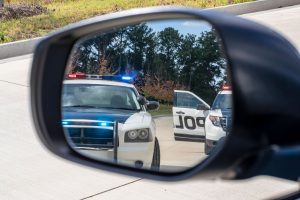 This article addresses the misconception by many that if you don’t violate a specific traffic law – you cannot be stopped and investigated for a Colorado DUI – DWAI.

We Start With Some Important Constitutional Protections Of Rights

All traffic stops fall within this important Constitution protection – against an unreasonable search and seizure.

A brief, “investigatory seizure” is legally justifiable when a police officer has a reasonable, articulable suspicion that criminal activity has occurred, is taking place, or is about to take place.

Under Colorado Law, a minor traffic offense can provide the basis for an investigatory stop.

A Pretrial Motion to Suppress Evidence and Statements is the tool used by Criminal Defense Lawyers to challenge illegally seized evidence that is the product of an illegal stop under the Constitutional protections of the Fourth Amendment.

A hearing is held following the filing of Motion to Suppress at which the police officers responsible for the traffic stopped are called to testify about the legality of the stop.

Weaving Within Your Lane – Not A Traffic Crime – BUT Does It Rise To The Level Of Reasonable Suspicion To Stop Your Car For Suspicion Of DUI – DWAI?

In the 2018 Colorado case of People v. Johnston, 440 P.3d 1223 (2018), the Colorado Supreme Court considered whether weaving within a single lane of traffic can create a reasonable suspicion of criminal activity to justify an investigatory stop.

The law is clear in Colorado,  slightly weaving within a single traffic lane does not, without more, legally provide the kind of reasonable suspicion necessary to justify the stop of an automobile on the streets and highways of the state.

But what if, under the totality of the circumstances, a police officer’s observation of a vehicle finds the vehicle weaving continuously within its own lane for many miles?

Does that driving behavior create a reasonable suspicion justifying a traffic stop?

The answer is ….yes it can and here is why.

The Reasoning Of The Colorado Courts In The Johnston Case

What follows is the Colorado Court’s reasoning in the Johnston case.

The Constitutional protections of the Fourth Amendment do NOT require that a police officer actually see a suspect commit a traffic crime before making the decision to stop the vehicle for a crime such as DUI.

What may be innocent behavior in isolation will support a finding of reasonable suspicion if the officer maintains an objectively reasonable belief that the – under the totality of the circumstances – that conduct is consistent with criminal conduct.

The Court’s reasoning turned on the meaning behind the words of the Fourth Amendment as they apply and have been interpreted in investigatory stop cases.

Put differently, a traffic stop may be justified even in the absence of a driving violation if a Colorado police officer has reasonable suspicion to believe that the driver might be under the influence and alcohol or drugs. That police officer is not required to wait for an independent traffic violation to occur.

While there is no clear rule of law in this area (no bright line rule) it can be stated unequivocally, that an isolated incident of weaving within a single lane will not create reasonable suspicion for the crime of driving while under the influence.

It is nearly impossible for the average driver, as the Colorado Appellate  Court stated in Johnston … if the failure of a driver to:

“follow a perfect vector down the highway … were [a] sufficient reason[ ] to suspect a person of driving while impaired, a substantial portion of the public would be subject each day to an invasion of their privacy.”

The rule of law in Colorado remains as it always was – reasonable suspicion for an investigative stop must be based on the totality of the circumstances in each case.

Factors such as the prolonged weaving of a driver who never leaves his or her lane of traffic may, under the totality of the circumstances test, support a Judge’s finding that there is reasonable suspicion for the crime of driving under the influence – even if that driving was neither erratic nor unsafe.