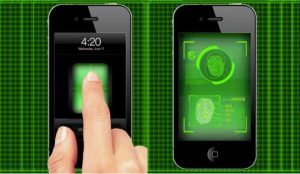 Can the Police Compel You to Unlock Your Cell Phone Using Your Password Or Your Fingerprint? – One of the most fascinating issues that remains unclear as of 2017 in the area of the Fourth and Fifth Amendments to the Bill of Rights, is the question of the authority of a Judge issuing a search warrant for a cell phone to compel the owner of that cell phone to provide access through either or both a password or passcode or a biometric fingerprint.

The interplay of the Fourth and Fifth amendments in this area is nothing short of fascinating.

Can the Government legally compel a criminal defendant to provide the password to his or her encrypted computer – and if so – under what circumstances?

Only a couple of cases have addressed the issue and one of them is out of Colorado – United States v. Fricosu, from the District of Colorado.

In 2012 United States District Court Judge – Robert Blackburn – (one of the finest minds on the Tenth Circuit Federal Bench in my opinion) decided U.S. v. Fricosu (No. 10-CR-00509 D. Colo. Jan. 23, 2012). In that decision, the Judge ordered Ramona Camelia Fricosu to provide an unencrypted copy of her hard drive to the US Attorney’s Office. The case was somewhat unique and may be limited to it’s facts.

The Fifth Amendment protects a person from being forced to be a witness against himself in a criminal case. This is generally known as the right or “privilege” against self-incrimination.

The right against self incrimination will not stop the government from conducting their investigation it only stops them from compelling a suspect’s help in gathering the evidence they will attempt to use against that suspect in a criminal proceeding.

The gravamen – the core of the Fifth Amendment privilege protects a person from being forced to produce communications that would reveal the contents of that person’s mind.

There ARE ways around the Fifth Amendment. The Government can compel self incrimination if immunity is given which matches the scope of the protected right in any given case. In the event immunity from prosecution is given – the information sought is no longer incriminating.

The second way the Government can “bypass” the Fifth Amendment privilege is where the Government already knows about existence, location and possession of the evidence itself. In this instance compelling the release of that evidence to the Government reveals nothing new and – again – is not incriminating to the suspect.

The Fricosu Case And The Fifth Amendment

In Friscosu, the basic facts were:

2. They seized a laptop computer with an encrypted hard drive but could not break the encryption.

3. The US Attorney filed a motion with the court, asking for a Order to compel Fricosu to enter the password and decrypt the drive.

There was no Fifth Amendment concern in this case because:

1. The Government already knew that the hard drive existed and they knew the location of the drive before executing the search warrant. (Therefore Fricosu was not being compelled to “produce anything.”)

2. Furthermore, the Government offered Fricosu immunity, thus precluding the use of the argument that the production of the “unencrypted contents” of the laptop computer against her in a criminal prosecution was an “act.” Sinceit was not an “act” it was not a violation of her Fifth Amendment rights in a criminal prosecution. (Compelling her to permit supply the Government an unencrypted hard drive would not, the Judge ruled, incriminate her.)

Quick Aside: What Is The Punishment For The Person Who Refuses To Comply With A Court Order To Decrypt A Computer?

When a Judge orders an individual to – in the case – “decrypt” a hard drive, the remedy for refusing to comply with the Court’s order is typically “contempt of court.” Refusing to obey a lawful Court order means a trial judge can hold you “in contempt” – where the risk of disobeying the Court Order means going to jail or prison usually – until you comply.

Can the Police Compel You to Unlock Your Phone Or Computer Using Your Password Or Biometric Fingerprint?

Is this a violation of the Fifth Amendment?

Is this a violation of the Fifth Amendment?

The Government May Compel A Suspect to Unlock A Fingerprint-Protected Smart Phone – The Virginia v. Baust Case (2014)

The answers to these questions were recently addressed in the case of Virginia v. Baust.

The holding was sort of “split:”

Under Scenario 1 – A Court Order requiring the placing of a finger on a cell phone is NOT considered a violation of the Fifth Amendment as it is not “testimonial.”

Under Scenario 2 – A Court Order requiring the disclosure of a passcodes / password – which requires that the suspect speak or say what’s ‘in his or her mind’ to law enforcement IS a violation of the Fifth Amendment.

The non-testimonial nature of the fingerprint is the same as a Court Order requiring a bank robbery suspect to cooperate in a physical lineup or to say the words allegedly spoken by the robber.

The Court Order here is to compel the accused to exhibit his physical characteristics, not but does not require the suspect “to disclose any knowledge he might have.”

The analysis thus will always turn on whether a passcode or a fingerprint is considered “testimonial communication.” As of now, passwords are entitled to protection under the Fifth Amendment’s promise that no person “shall be compelled in any criminal case to be a witness against himself.” but fingerprints are non-testimonial and therefore not entitled to protection under the “Fifth.”